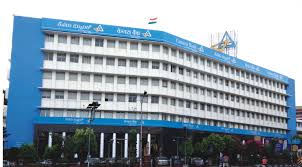 Bengaluru, NFAPost: Canara Bank has raised capital by issuing Additional Tier-1 Bonds to the tune of Rs 1635 Crore at 8.50% coupon on 31-12-2020. This will help the Bank to increase its capital adequacy ratio

Widely known for customer centricity, Canara Bank was founded by Ammembal Subba Rao Pai, a great visionary and philanthropist, in July 1906, at Mangaluru, then a small port town in Karnataka.

Canara Bank is the fourth-largest public sector bank in the country after its amalgamation with Syndicate Bank in April 2020.

At present, it is functioning with 10,498 Branches, and 13,023 ATMs throughout. The Bank has gone through various phases of its growth trajectory over the hundred years of its existence.

The growth of Canara Bank was phenomenal, especially after nationalization in the year 1969, attaining the status of a national level player in terms of geographical reach and clientele segments. In June 2006, the Bank completed a century of operation in the Indian banking industry.

The eventful journey of the Bank has been characterized by several memorable milestones. Today, Canara Bank occupies a premier position in the comity of Indian banks.

Pre-provisions operating profit was reported at Rs 2,334.33 crore as against Rs 2,357.24 crore on year. Asset quality of the state-run lender improved on a sequential basis as the gross non-performing assets (GNPA) as a percentage of gross advances fell 32 bps to 8.36% in the December quarter from 8.68% in the September quarter. Net non-performing assets declined 10 bps to 5.05% from 5.15% QoQ.

NFAPost News Service - September 28, 2021 0
Hottest ticket in town: Jaguar Racing’s Mitch Evans embarks on a race across London to be amongst the first to see the early anticipated...